Mental health has been a big challenge in my life for as long as I can remember. The first battle was after a serious motorcycle accident at 16, I went into a massive rut, and lost my leg a short while afterwards. Everybody told me there were things I wouldn't be able to do.

I was in a dark place, but I was still me. So I soldiered on. I gained my pilot's license and flew solo all over Europe. I became a Paralympian in triathlon, winning gold at Rio 2016 and becoming British, European and World Champion. I was awarded an MBE from the Royal Family. And all because I didn't want to believe the people who said I couldn't.

I learnt a lot over those years, about myself, about coping strategies, about positive thinking, wellbeing, mindset changes. And that's what I help other people to discover now, so that they can tackle their problems before having to go through the struggles that I did.

After spending 15 years in teaching, becoming a deputy headmaster, and raising 6 of your own children - you learn a thing or two about the way kids' minds work.

So many of them come into school with their heads down, bringing their home lives into the classroom, and starting their day off poorly. They can't focus on the short or the long term. And the same goes for any office too. Believe me, I've climbed the career ladder and fallen off it too, due to my own mental health struggles.

Over the past 20 years, I've learnt the strategy of improving mental health. It's not fluffy, it's not wishy-washy, it's scientific and it's proven. Now, I've given up my career to focus on myself, and to help others get to the place I fought so hard to reach.

STEVE OLCZAK - DEPARTMENT FOR WORK AND PENSIONS (DWP)
<p>Andy Lewis - what a true inspiration! Not just as a gold medallist, but as a person. Thank you for supporting our staff at DWP. This will live long in the memory and is already having a positive impact within our Gloucestershire sites. Thank you, Bespoke Mentoring.</p> 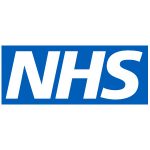 CAROL MEREDITH - NHS
<p>Thank you very, very much for presenting at our Away Day on Wednesday. You were the clear highlight of the day for all the people who attended. It was also lovely that you stayed behind for photos and brought your medals for us to see. Yours was an inspirational story, and our staff were moved by it, and motivated by it.</p>
This website uses cookies to improve your experience. We'll assume you're ok with this, but you can opt-out if you wish. Cookie settingsACCEPT
Privacy & Cookies Policy

Any cookies that may not be particularly necessary for the website to function and is used specifically to collect user personal data via analytics, ads, other embedded contents are termed as non-necessary cookies. It is mandatory to procure user consent prior to running these cookies on your website.

We use cookies to ensure that we give you the best experience on our website. If you continue to use this site we will assume that you are happy with it.Ok